Jonathan, The Widow, and the Hired Guns

Six weeks ago, I gave you suggestions for six TV series I enjoyed that you might want to try. Now I’m back with another series and two movies, all streaming now (or available for rent on other platforms) and added to my Movies You Might Not Know list. 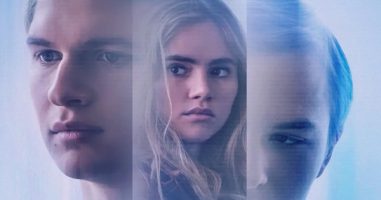 In “Jonathan” (2018), two men stay in touch via videos they record for each other every day. Most of the time, it’s to recap the mundane aspects of their lives — what they’ve done, food they’ve bought and prepared, what they’ve done at work, etc. The difference is that these two men (one named Jonathan, the other named Jon, both played by Ansel Elgort) live in the same body with the same mind, each of them in control for 12 hours every day, while the other is unconscious and unaware of anything his counterpart is doing. Their condition is called “single body multi-consciousness,” a state which is overseen by a doctor played by Patricia Clarkson. The plot thickens when one of the guys gets involved with a woman without telling the other, who sees the relationship as a threat — a conflict central to the second half of the movie. I wasn’t completely thrilled with the resolution in the script by Gregory Davis, Peter Nickowitz, and Bill Oliver (the latter also directed). Still, “Jonathan” is an intriguing take on split personalities, and I liked the fact that it never got too technical nor driven by special effects, relying instead on clever, low-key human stories. I give it a 7 out of 10 (now streaming on Netflix). 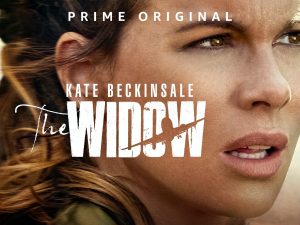 “The Widow” (2019) is an Amazon series starring Kate Beckinsale as Georgia Wells, a woman whose husband died in a plane crash in the Democratic Republic Of Congo. Or so she thinks until three years later, when she sees video of a man who looks just like him, walking around wearing a hat just like his. Determined to find him, she flies to the middle of Africa and gets caught up in something way over her head. I’ll say nothing more about the plot other than Georgia is the kind of woman who jumps into dangerous situations with no plan except “I’ll figure it out.” Frankly, at times, it feels like showrunners Harry and Jack Williams took the same approach in writing “The Widow,” pushing the script into problem areas and then devising a way out of them, over and over again. There are villains and cronies and friends and traitors, and a solid supporting cast led by Alex Kingston, who played Dr. Elizabeth Corday on “ER” for many seasons. But the show really belongs to Beckinsale, who does a nice job of carrying the whole thing all the way through eight episodes. I give “The Widow” a 7.5 out of 10. (now streaming on Amazon Prime). 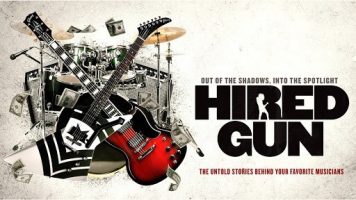 “Hired Gun” (2017) is yet another movie about musicians whose names you don’t know even if you know the music they made. Unlike “The Wrecking Crew” and “Session Men,” documentarian Fran Strine shows us the stories of guitarists, drummers, bass players, and others who were hired to go on tour with big rock stars, including Billy Joel, Ozzy Osbourne, and Alice Cooper. In some cases, they worked in those bands for years and developed close friendships with the headliners. In others, things didn’t work out and they were replaced by other hired guns. On occasion, it started out as the former and ended as the latter (as with Liberty Devito, who played drums for Billy Joel until, well, he didn’t). These are rock and roll road warriors, good enough to get the gig, but not good enough to become famous. Even though some of them aren’t happy about being left out of some of the tour revenue, the bottom line is they got paid for playing music on tour for a lot of years and lived to tell good stories about their careers. I give “Hired Gun” a 7 out of 10 (now streaming on Netflix and Amazon Prime).