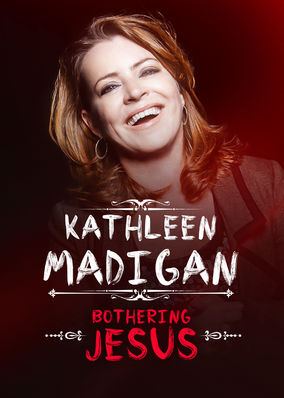 I am a big fan of Kathleen Madigan, having seen her perform many times and watched her career grow over 25 years in comedy. She has done four CDs, two DVDs, two HBO specials, two USO tours to Iraq and Afghanistan, three Comedy Central specials, five CMT “Salute to the Troops” specials with Ron White, and a Netflix special called “Madigan Again.”

Now she has a new standup special for Netflix, “Bothering Jesus,” and I was happy to have her back on my show to talk about it. Among the topics we touched on: