MOGOP Gets It Wrong — Twice 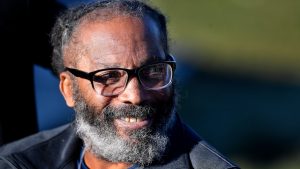 Two stories from the state of Missouri got my hackles up this week, both involving cruel, irresponsible decisions by Republicans about an innocent man finally released from prison after 43 years and mask mandates.

The first involves Kevin Strickland, who was exonerated for a triple murder he did not commit, was finally released from prison after 43 years behind bars. Despite prosecutors repeatedly admitting that their office had made a mistake, the Governor Mike Parson refused to grant him a pardon. Worse, the extremist Attorney General, Eric Schmitt, actively fought to keep Strickland locked up. Both of these political hacks are members of the political party that can’t stop shouting about freedom when it comes to masks and vaccines, but won’t use the word in relation to a Black man whose life was ruined by a miscarriage of justice.

If that’s not bad enough, the newly freed man will get zero compensation from the state because of a law that offers nothing to the wrongly convicted — including Strickland — unless their exoneration was the result of DNA evidence. In my mind, the reason is irrelevant. In cases like this, the state should write a check for a million dollars for each year of wrongful imprisonment. Since that’s not forthcoming, tens of thousands of private individuals have donated to a fund, raising more than $1.6 million for Strickland.

That’s a nice gesture of charity, but it shouldn’t be necessary.

The other frustrating story was reported in the Missouri Independent:

Mask mandates saved lives and prevented COVID-19 infections in Missouri’s biggest cities during the worst part of the delta variant wave, an analysis by the state Department of Health and Senior Services shows. But the analysis, conducted at the request of Gov. Mike Parson’s office in early November, was never made public and was only obtained by The Missouri Independent and the Documenting COVID-19 project after a Sunshine Law request to the department.

This doesn’t surprise me, considering Parson and his right-wing co-conspirators in the Missouri legislature are science deniers who have no problem suppressing vital health information if it doesn’t fit their agenda — even if doing so leads to sickness and death among their constituents.