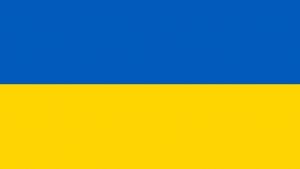 Pardon me while I allow my alter ego, Mr. Perspective, to say a few words about the war in Ukraine…

The following all qualify as meaningless gestures:

Well-meaning acts like these do nothing except make the users/speakers feel better, particularly when accompanied by them patting their own backs — as if they’d made a personal sacrifice or achieved something heroic. None of them will shorten the war one minute or save the lives of civilians being ruthlessly murdered by a madman.

It’s akin to articles telling us Ukraine President Zelensky is “winning the social media war.” It’s good to know he’s engaged and engaging, with a Churchill-like measure of popularity to a receptive audience in the US and elsewhere. But that didn’t stop Putin from blowing up a maternity hospital or bombing a caravan of Ukrainians trying to escape to Poland.

If you’re gauging a world leader by his social media appeal, remember that Rowan Atkinson’s fictitious character Mr. Bean has the fourth-most popular page on Facebook, with 129 million followers.