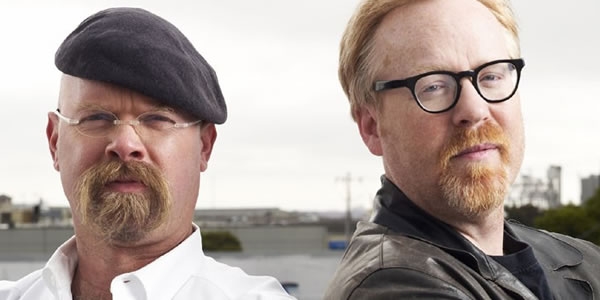 I was sorry to hear that the upcoming season of “Mythbusters” (which I once called “Jackass Meets Mr. Wizard”) will be its last.

Over the past 14 years, I’ve seen every episode Jamie Hyneman and Adam Savage have done of what was one of the best science shows on television. Sure, the show included lots of explosions and crashes and other visuals that made for great TV, but it also exposed its audience to the scientific method. Jamie and Adam have conducted thousands of data-driven experiments before arriving at conclusions. Some of those were surprising, but they were never less than entertaining.

Since Adam and Jamie have already recorded the new season’s episodes, I’m sure they have parted ways, unlikely to work together again. In fact, I’d bet we won’t see Jamie on another television series, since he always seemed reticent to be on camera in the first place. Adam, on the other hand, loves the spotlight and will almost certainly re-appear soon with a new project, which I look forward to seeing.

I’m a little surprised they haven’t produced a “Mythbusters” spinoff yet. I envision something that’s a cross between the 1973 NBC series “The Magician” (in which Bill Bixby played an illusionist who uses his talents to help people in trouble) and the 1986 movie “F/X” (with Bryan Brown as a special effects/makeup artist who helps fake a mob hit). In my suggested show, you’d have a couple of guys like Adam and Jamie, who are experts in building devices and effects, solve a client’s problem each week, in a procedural format like “CSI” or “The Blacklist.” There would be plenty of room for stunts and science to co-exist — with the occasional explosion, of course.

The final “Mythbusters” season begins on the Discovery Channel in January, 2016. Meanwhile, their legacy will endure, with reruns moving to the Science Channel next year.