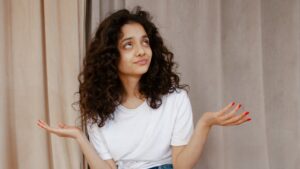 With the new year underway, several people have asked whether I think 2023 will be better than 2022. Here’s my answer: I Don’t Know. Neither does anyone else.

Predicting the future is a fool’s game. Just look at recent history. Do you know of anyone who…

On my radio show, I used to have an annual phone call with Gene Emery, a writer for the Providence Journal. He would save all the year-end predictions made by so-called “psychics” in the National Enquirer and similar tabloids. Then, twelve months later, he would review them with me and reveal they were almost all wrong — except for generic, broad guesses like “hundreds of thousands of people will die of heart disease.” Many of them were about celebrities’ marriages or divorces, or having children, or being involved in some scandal. Sure, they got a few right, or close enough to give them credit if you graded them ultra-liberally, but the percentage was no better than if you threw out some random guesses.

After all, that’s what these “psychics” did. It was all about keeping their brands alive, with the knowledge that no one would hold them accountable (other than Gene), and media outlets were so desperate for content they’d be asked to make more predictions the following December.

Back to the original question, about whether this year will be better than last year. That all depends on how you define “better.” If 2022 was the year you lost close family members, or your job, or your house, or close friends, you’d certainly hope the new year wouldn’t be so personally tragic. I’d also be curious how you’d answered the same question at the end of 2021, before those horrible things occurred.

If the query refers to whether we’ll see things get generally better on a global level, it again depends on your perspective. Are you asking whether:

Maybe your question isn’t as innocent as it seems. For instance, are you asking whether the three Supreme Court justices appointed by Trump will all die when an airport parking shuttle they’re riding in suddenly bursts into flames, thus allowing Biden to name three new justices who will be approved by the Democrat-majority Senate and changing the legal path of America for the foreseeable future?