No Need For Seconds 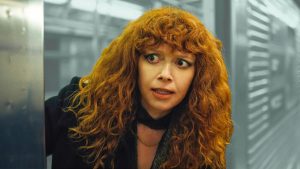 There have been several TV shows in the last few years that ran as “limited series,” but once they became popular, the limit was lifted and producers got an order for a second season — and even more. Unfortunately, many of them should never have had their lives extended because they told the whole story the first time around.

One example is “Killing Eve,” which came out of the gate gangbusters, re-establishing Sandra Oh as a leading actress. It also introduced the world to her scene-stealing breakout co-star, Jodie Comer, who proved her own worth by taking on other successful projects. Meanwhile, the series bumbled through three more seasons with diminishing viewership and storylines that were much less compelling.

Natasha Lyonne’s Netflix series “Russian Doll” seems to be suffering that same fate. Before its second season was released yesterday, my wife and I watched a recap of what happened in the initial run, very little of which we recalled. But we remembered that its season one finale wrapped up the dead/not dead plot device rather neatly — and should have been left to stand on its own. Yet, the new season takes Lyonne’s character on a different adventure that doesn’t share the creative spark of its predecessor. We only made it through two episodes before giving up on the show entirely.

This is not a new phenomenon. Several years ago, “Bloodline” was terrific in its buzz-worthy debut season, but came back for a second and third that were completely unnecessary. The same could be — and was — said about “Homeland,” “True Detective,” “Orphan Black,” “Twin Peaks,” and “House Of Cards” (which really, really overstayed its welcome).

Then there are some shows, like “The Night Of…” that completed their limited run with brilliant finales — and never returned, thus avoiding leaving viewers with a sour taste in our mouths. “Friday Night Lights” might have befallen the same fate when it stumbled badly in its second season, but showrunner Jason Katims and his team pulled it out of the dumpster and turned it back into Must See TV for the rest of its run. As much as I like Natasha Lyonne, I don’t see that happening with her series.

When a team produces anything successful, they naturally want to keep it going. Doing so means more money, more work for everyone in the cast and crew, and more positives on their resumes. But in the case of “Russian Doll,” as with the other examples I’ve mentioned, their reputations might have been better sustained by “one and done.” 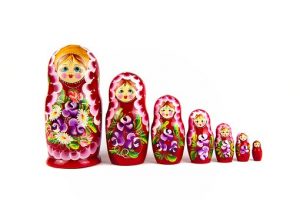 Every time I see or type the words “Russian Doll,” I think of the famous matryoshka dolls, sets of wooden figurines of decreasing size placed one inside another. Thus the first layer, the outermost, is the biggest and best, and the further in you go, the smaller, less ornate, and less interesting the dolls are.

In retrospect, that’s not a good metaphor for a television series. And I hope that what I’ve written here doesn’t apply to Kaley Cuoco’s “The Flight Attendant,” which begins its second go-round on HBO Max today.