Oklahoma and The Music Man 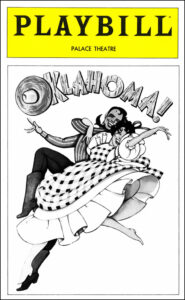 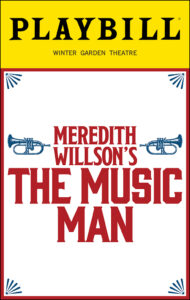 I’ve been thinking lately about the modern-day relevance of two classic American musicals: “The Music Man” and “Oklahoma!”

The original production of “Oklahoma!” opened on Broadway in 1943 and ran for five years, a record at the time. One of my parents’ first dates was to see it on Broadway. It’s been revived many times in the last eight decades, including a 2019 update which won Tonys for Best Revival Of A Musical and Best Featured Actress In A Musical for Ali Stroker.

There’s no denying the popularity of the show over time, the influence it had on other musicals, or the wonderfulness of its songs. But in 2022, when I see the whole cast singing the title tune as the rousing finale, all I can think about is how those characters from the early 1900s are the lineal ancestors of the residents of Oklahoma today.

In the show, Oklahomans are portrayed as simple folk who love the land and worry about nothing more than who’s going to bid the most on picnic baskets full of food. There’s nothing wrong with that, but the show’s lack of diversity (except in recent race-blind productions) is too good a match for the modern populace of the state, which remains three-quarters white. It’s a state with a terrible history of discrimination towards both Indigenous and Black people, and it’s not hard to imagine the kinfolk of the characters in “Oklahoma!” carrying out many of the policies that have promoted inequity for a long time while struggling economically.

A hundred years later, the state their great-grandchildren live in isn’t much better off. According to US News, Oklahoma ranks 48th in health care, 44th in crime, 42nd in education, and 37th in economy. The median income in the state is a mere $30,000/year.

Of course, as with many of the poorer southern states, Oklahoma is deeply red politically. Since 1952, its electorate has voted for the Republican presidential candidate in every election except one (1964). Its entire congressional delegation is Republican. Since 1968, it has elected only one Democrat to the US Senate.

And it’s a place where Trumpism thrives — he won in both 2016 and 2020 by margins of more than 30%. I can almost hear him lying about how Biden wants to take away their surreys with the fringe on top.

None of this is to deny the greatness of “Oklahoma!” or its place in the pantheon of American musicals. Nor would I want to see an updated version that changed its personae to match modern morals. But it’s chilling to think of who descended from those happy-go-lucky characters and the lessons they’re teaching the next generation.

“Oklahoma!” is not alone in this regard. Much of the same could also be said of “The Music Man,” which debuted on Broadway in 1957, became a big hit, and has been revived so many times over the years. Like Rodgers and Hammerstein’s work, Meredith Willson’s musical is full of memorable songs, romance, and clever patter. The current revival continues to play to near-capacity crowds with Hugh Jackman in the lead as conman Harold Hill, but will close on January 1, 2023 when he leaves.

“The Music Man” (which also takes place in the early 20th century) is about an Iowa town full of gullible simpletons who fall for a fast-talking grifter who couldn’t care less about them — he’s only after their money. Fast forward a little more than a century and who did a majority of real-life Iowans vote for in both 2016 and 2020? Yes, the Grifter-In-Chief.

Iowa’s statehouse and congressional delegations are overwhelmingly Republican, too. Like the people of River City, today’s unskeptical residents of the Hawkeye State buy into lies, but theirs are more consequential than some boys playing pool. They believe whatever right-wing media tells them — stolen election nonsense, scare tactics about non-existent LGBT grooming, and undocumented immigrants coming over the border (from Nebraska?). Their legislators have banned abortion after six weeks, offered no solutions for inflation and the economy, and are accelerating the death of democracy — yet the makeup of the statehouse isn’t going to change.

I bet you could even get them to pay for a bunch of uniforms and instruments for a boys’ band.