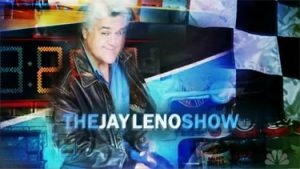 On Friday, the Wall Street Journal reported: “NBC has discussed stopping programming in the 10pm hour, a cost-cutting move that would reflect waning interest in broadcast TV.”

The obvious joke response was, “Call Jay Leno and tell him he can have his old primetime slot back!” Back in 2009, NBC decided programming that hour with dramas was too expensive. So it gave Jay Leno — who had recently lost his seat as host of “The Tonight Show” to Conan O’Brien — an every-weeknight hour to try to replicate his late-night success. After all, Jay had been #1 in total viewers, and his show cost a lot less to produce. So, even if the ratings were lower, the bottom line would get a boost from the savings.

Unfortunately, “The Jay Leno Show” didn’t just have lower Nielsen numbers. It tanked, big time, dragging down the numbers for the late local newscasts on NBC affiliates, who were more than a little peeved. To make a long story short, Leno’s show went away when he was given “The Tonight Show” back, and NBC returned to sticking dramas in that primetime hour for more than a decade.

Now, because ratings for all broadcast networks are so much lower amid competition from streaming platforms, NBC’s genius executives are again looking for a way to win by losing. But let’s do a little bit of math here.

NBC — along with CBS, Fox, and ABC — gave up on original primetime programming on Saturdays many years ago, filling the hours with reruns of episodes from earlier that week. For the most part, Friday nights were similarly abandoned. Sunday nights on NBC from September to January are devoted to the NFL, which is the only programming on linear TV to regularly draw a ton of viewers (more than 75% of each season’s top-rated shows are NFL games).

That leaves 12 hours across four nights for NBC’s brain trust to develop new shows for — except that two of those evenings are filled by programs produced by Dick Wolf that either have “Chicago” or “FBI” in the title. So now we’re down to six hours to fill across two days. You have all the resources of Comcast, NBC, and Universal, and you can’t program a half-dozen fresh hours of television? Why be in the business at all?

It doesn’t help that the company is simultaneously trying to come up with content for its streaming service, Peacock, which currently has well over twenty subscribers. Seriously, what’s the last time — or any time — you’ve heard buzz about a show on Peacock? And if it’s that good, why isn’t it on NBC in the first place?

If the network goes through with its plan to drop the last sixty minutes of primetime, I predict the affiliates will use the opportunity to air an hourlong late newscast at 10pm (9pm CT) instead of one that’s only thirty-five minutes long. They have already proven in early morning and late afternoon that they can stretch the information to that length, and they’d end up with more local avails to sell to advertisers — without network commercials getting in the way. Fox affiliates have done that since the network began in 1986.

Then, NBC could move Jimmy Fallon’s start time up to 11:00pm (10:00pm CT), giving him a chance to attract more eyeballs before people switch away to Jimmy Kimmel or Stephen Colbert more than a half-hour later. The same would apply to Seth Meyers vs. James Corden.

Is any of this good news?

Not one bit. NBC would be waving a giant white surrender flag, a signal that the networks are in even more trouble than we thought. After all, there are some nights when the most-watched show on those channels only attracts three or four million viewers, numbers so low they would have caused fatal heart palpitations in the corner offices a generation ago.

It would also be sad news for the television creative community, which is already struggling to come up with compelling content for all the various platforms. Having those network hours disappear — along with the loss of all the jobs that would no longer need to be filled — doesn’t help.

Then again, if anyone not named Dick Wolf could come up with successful primetime shows, they’d already be on the air and doing well enough that these discussions never would have started.