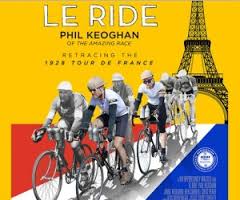 Phil Keoghan, host of “The Amazing Race,” returned to my show today to talk about two other projects he has coming up in July:

We also talked about CBS finally agreeing to renew “The Amazing Race” for another season, and whether the winners of Season 29 were the whiniest ever.