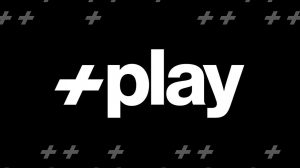 In a piece I wrote almost exactly a year ago about consumers cutting the cord by dropping cable TV service in favor of streaming services, I said:

What I wonder is when some enterprising company will come along and disrupt the current system with something similar to what cable does — bundling access to multiple providers all in one service for one combined price. That’s gotta be the next disruption, right? You know who’s likely to do that? Companies like Comcast, AT&T, Verizon, and Charter — the internet service providers who are the very same outlets that brought you all those cable TV bundles you no longer want.

Well, according to Variety’s Todd Spangler, Verizon is the first out of the shoot with Plus Play, which will allow its customers to do exactly that. As with all new tech ideas, the list of available streaming services isn’t long to start, but if consumers show enough interest, you can be sure Verizon will add more — and the other providers I mentioned will introduce their versions of the idea very quickly.

Give Verizon credit for one other innovation — putting “Plus” at the beginning of the name of the service, unlike everyone else, who’s stuck it at the end.