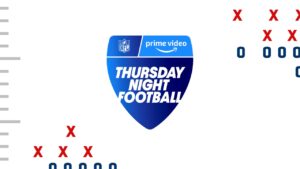 When Al Michaels — one of the best play-by-play broadcasters of all time — is calling the game, why would anyone choose the alternate audio to listen to five guys not named Peyton or Eli doing commentary from a man cave in Dallas?

That was one of the questions I had while watching the Chiefs-Chargers game last night on Prime Video, the first of fifteen games Amazon will have exclusive rights to this season. I was a fan of the Hannah Storm/Andrea Kremer audio feed the last couple of seasons when Prime offered an alternative to Fox’s consistently lame Joe Buck and Troy Aikman, but I see the ladies were let go in favor of the frat boy mentality. Though, to be honest, I wouldn’t choose Hannah and Andrea over Michaels and his new on-air partner, Kirk Herbstreit.

Michaels hasn’t lost a step in his move from NBC to Prime Video, and though Herbstreit — a longtime college football broadcaster for ESPN/ABC — isn’t as good an analyst as Cris Collinsworth, the two seem to have a good chemistry already. I also like sideline reporter Kaylee Hartung, who added some depth to a couple of stories Michaels told, as well as providing injury updates. Of course, she also had to do the requisite two-question interviews of the coaches going in and out of the halftime locker room. Those are always a waste of time, yielding nothing of value, just the usual cliched answers.

I noticed that the majority of ads during the game were for Prime Video TV shows and movies or other Amazon products like Ring video doorbells and Amazon Web Services. Considering how valuable advertising time during an NFL game is, I’m surprised the company couldn’t sell those avails to advertisers. Then again, commercials are not the only source of income for Amazon here — their subscriber base is underwriting the coverage costs, and if they can convince more people to sign up, that’s just as good for the bottom line. It’s like ESPN, which makes money from cable subcribers on top of advertising revenue.

As expected, the broadcast had the same high production quality as games on NBC, CBS, and Fox — but I wish Prime would make better use of rules analyst/ex-referee Terry McAulay. Michaels only turned to him for his expertise twice during the game, despite other instances where McAulay’s input would have been helpful. The other networks are guilty of under-using their former NFL officials in that capacity, too.

There’s rarely anything to be learned during a halftime show, but this one offered less than the others — a mere two sentences from each of the analysts and then off to a commercial break. Worse, from their setup on the sidelines, they were drowned out by a marching band performing on the field behind them. There’s really no reason for that crew to be on site. Amazon could certainly afford to build a studio for them somewhere.

By the way, those five guys on the couch in Dallas are collectively known as Dude Perfect, a bunch of former college roommates who have built quite a following on social media. But I have no idea whether they said anything worth listening to because there’s no reason to tune away from Al.

You may now click to the alternate website where three guys in a Hooters in Boise offer different opinions on all of this.