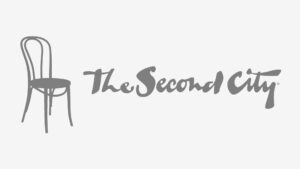 I was in Chicago this weekend to visit my daughter who recently moved there. As I’ve done on many previous visits, I got tickets to Second City, and took her and her partner along.

The current mainstage production is “Do The Right Thing, No Worries If Not” — but, as with all Second City shows, the title is irrelevant. It’s always a rapid-fire sketch show with a hyper-talented cast in scenes that last from ten seconds to ten minutes. And, contrary to popular belief, they’re not wholly improvised. While audience members are occasionally asked to offer a suggestion or become unwitting participants, the basics of each skit remain intact from performance to performance. There’s a smattering of topical material, but not much. The comedy comes from the characters and situations.

Each time I see a Second City show, I wonder which of the current performers will get a shot at the brass ring. Many years ago, my wife and I saw a production Ryan Stiles was in and it was clear to us he was a firecracker ready to explode if given the chance.

Saturday night, it was Evan Mills who stood out, getting a huge positive response from the audience every time he set foot on the stage — but none of his fellow cast members were slackers by any means. They could all think on their feet, change characters from blackout to blackout, and even crack each other up a few times. That can be annoying when it’s overdone, but they kept it under control and it never slowed down the proceedings.

It wouldn’t make sense out of context for me to try to explain all of the sketches, and not every one of them killed, but the percentage was extremely high. Several could be lifted in their entirety and plopped down in an episode of “Saturday Night Live” — and I’m not talking about the last fifteen minutes, when the lamer skits just fill airtime.

That’s not a coincidence, since Second City has for decades provided a pipeline of performers waiting to be plucked by Lorne Michaels and his team. In the theater’s lobby, there are photos of previous cast members who went on to showbiz success, including John Belushi, Gilda Radner, Stephen Colbert, Betty Thomas, Steve Carell, Amy Poehler, Keegan-Michael Key, Tina Fey, Bob Odenkirk, Chris Farley, Tim Meadows, Mary Gross, Danny Breen, and Bill Murray.

As I pointed some of them out, my daughter and her partner recognized the more recent ones, but were surprised when I showed them Martin Short in his Ed Grimley get-up from decades ago. While they know he’s in the Hulu series “Only Murders In The Building,” they’re not familiar with some of his early work, all the way back to “SCTV” and his single year on “Saturday Night Live.” So, I showed them this SNL segment from that 1985-86 season.

It’s a priceless parody of a “60 Minutes” piece about “defective novelties,” with Harry Shearer doing a perfect Mike Wallace impression, Billy Crystal and Christopher Guest as the aggrieved Minkman brothers, and Short debuting the sleazy, sweaty lawyer Nathan Thurm. Abetting the comedy is superb work by the show’s makeup and costume teams, not to mention the supporting efforts of the ash on Short’s cigarette.