Show Me The Cards 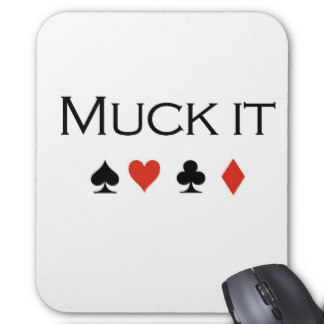 Players are responsible for their own hands.

If you aren’t careful, if don’t pay attention, it can cost you.

The other night I was playing in a cash game when two players got to the river on a board showing queen-jack-seven-four-deuce. There was a bet and a call, then the first player showed his hand, jack-eight, which gave him a pair of jacks. The other player picked up his cards, looked at them, and threw them face down on the table saying, “That beats me.” The dealer pulled in his hand, then pushed the pot to the winner.

That’s when a player next to the loser said, “You had the same hand, jack-eight!” The loser had folded because he thought the winner had jack-nine. There weren’t a lot of chips in the middle, but if the loser had simply turned his cards face-up, the dealer would have given each of them half of the pot.

That kicked off a round of stories of prematurely folded hands, a mistake every poker player has made at some point in his life. Even Phil Ivey, considered the best in the world, can slip up.

In 2009, on Day 8 of the World Series Of Poker Main Event, Ivey raised pre-flop with pocket eights. Jordan Smith, in the big blind, re-raised, and Ivey called. The flop was queen of hearts, ten of spades, five of spades. They both checked and the turn was the queen of spades. They both checked again. The river was the ace of spades, and they both check a final time. Smith turned over his cards, the ace of diamonds and the nine of clubs, for two pair. That’s when Ivey, not realizing he had the eight of spades in his hand to complete a winning flush, threw his cards into the muck. Ivey recovered from that error and went on to finish 7th overall, but we had proof that he can hit a glitch, too.

At our table, one of the other players (let’s call him Lyle) told of being in a hand where, at showdown, his opponent declared “I have a straight.” As Lyle tossed his cards into the muck, the other guy showed his hand and blurted out, “Oh, crap, I mis-read my hand!!” He didn’t have a straight. Lyle had folded the best hand, but because his cards weren’t retrievable, the dealer correctly gave the pot to his opponent.

I’m in the habit of never showing my cards unless I have to (each casino has different rules about the order in which players must expose their hands at showdown). If the other player has to show his first, I’ll always wait to see what he has. Even if I’ve lost, I might gain some information about how my opponent plays that can come in handy later. Only when I’m sure I’m beat will I muck my cards. Of course, if I have the best hand, I show them and pull in the pot.

Here’s the story I told:

A few years ago, I was playing in a $10/25 no-limit hold-em game at Horseshoe Hammond and got involved in a big hand against an young Asian guy. His ethnicity only matters because he didn’t speak English very well. He’d been playing too aggressively all night and it wasn’t working out — he was losing.

I had a pair of queens and the board was all under-cards with a possible club flush draw, which is what I put him on. He check-called each of my bets until the river. That’s when he led out with a big wager. I thought for a few seconds and surmised that, from the way he had played it, he had missed his draw and was now bluffing to try to steal the pot. I’d seen him do this two or three times earlier, so I called, thinking I had the best hand.

He said what sounded like “two kings” — which would have been the winning hand — but didn’t expose his cards. I nodded but didn’t release mine. When the dealer told him to turn his cards over, my opponent showed the deuce and king of clubs. “Two king.” I was right. He had nothing but a busted flush draw. I turned over my queens and the dealer pushed me the pot. Several of the other players laughed and congratulated me on not tossing my cards away prematurely.

I replied that I live in Missouri, the Show Me State. I gotta see it to believe it.