Still Not In It Together 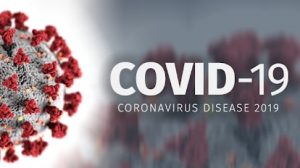 I have written several pieces based on the notion that, when it comes to COVID-19, we are not all in this together (here’s one, here’s another, and here’s yet another). They are mostly stories about people who reject information that doesn’t jibe with their political sentiments, preferring to believe conspiracy theories and other garbage instead.

For instance, I had a phone conversation recently with a longtime friend I hadn’t spoken to for many months. We’ve never seen eye-to-eye on politics, but we avoided those topics and were still able to have a good relationship because of some mutual interests. This time, however, without any prompting from me, he went off on an anti-face-mask rant and claimed that “the whole coronavirus thing” (as he put it) will go away after the election because it’s “a Democratic hoax.” I rolled my eyes, swallowed hard, and ended the conversation quickly thereafter, lamenting the fact that this guy — who holds a position in which his opinions can sway others — was now a lost cause. When I hung up, I told Martha that was likely the last time I’ll ever talk to him.

Last Friday, I posted a ten-minute story by CNN’s Miguel Marquez, who got access to the COVID-19 units of several hospitals in Texas. It showed the strain on the staff and the system as the number of coronavirus patients continues to surge in that part of the country, with nurses and doctors talking about the heartbreaking decisions they have to make every day while working to exhaustion. After I put a link to my post on Facebook, it took only an hour for a commenter to dismiss the whole thing because it was on CNN, which he dismissed as “fake news.” I’m sure the guy didn’t even bother to watch the video, but dismissed it out of hand just because it was on that cable news channel. I wondered if he thought that all the footage in the hospital had been mocked up and all the medical professionals interviewed had been lying. Regardless, I did what I’ve had to do so many times this year — unfriend the guy, delete his comment, and block him from making future comments on my posts. Sure, I could have gotten into it with him, but (and I’ve written about this before, too) life is just too short to argue with idiots who will never change their minds, for whom evidence is irrelevant.

Yesterday, I saw a news report in which a woman said she won’t get tested for COVID-19 because she’s heard that the cotton swab gets pushed up your nostril and into your brain, which she worries would cause permanent damage. She is yet another example of the too-many who live in an alternate reality. I’ve had the nasal swab test done. While it’s a tad uncomfortable — for all of three seconds — there’s no real pain involved. I’ve felt worse after stubbing my toe. And no, nothing touches your brain. Just like facts and science can’t penetrate hers.

And finally, I’m still waiting for anyone at Fox News to announce they refuse to do their show until everyone at the network is forced to go back to work without masks in the headquarters building instead of their home studios. If the executives at Fox feel that’s too dangerous, why would they allow their hosts to urge viewers to eschew such precautions? Perhaps if those Fox-ers, who are so conscientious about their own health, told their audience about the importance of wearing masks, we wouldn’t have these daily scenes of covidiots yelling about being denied entry to supermarkets and other retail stores. But using their positions of power for good instead of evil would violate the Fox code of conduct, so never mind.

People such as these continue to prove we can’t count on them to act in a way that would lessen the danger for all of us and shorten any return-to-normal timeline. Unfortunately, thanks to them, I have a feeling I’ll still be writing similar pieces a year from now.