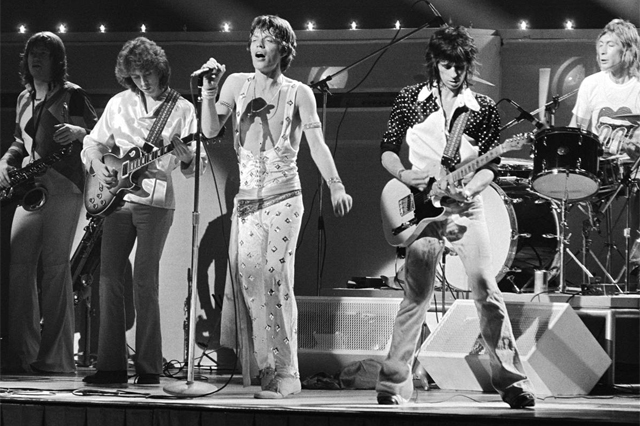 While I’ve liked many of their songs, I’ve never been a big Rolling Stones fan. The new documentary “Crossfire Hurricane,” airing this month on HBO, didn’t do anything to change my mind. Rather, it reinforced two things: 1) the Stones were terrible in concert; and 2) concert promoters in the 1960s didn’t know anything about security.

There’s a scene in the film from an unspecified venue in the late sixties where fans climbed onto the stage to hug Mick Jagger, dance around Brian Jones, and bang on Charlie Watts’ drums. It seems as if there was only a single cop in the wings who came out to clear the stage, but was no match for the idiots who essentially took over, forcing the Stones to cut the concert short and leave. In an interview voiceover, one of them says that, for the next two or three years, they never finished a concert because of similar incidents.

Two or three years? Word didn’t get out that more security personnel would be needed to keep the shows from dissolving into a melee? The Stones’ management couldn’t even ensure their own band’s safety?  Ludicrous. That shows no regard for the fans who paid good money to attend what they thought was going to be a full concert, but became a ripoff because the band allowed idiots to ruin the night.

The pinnacle (or more accurately, the nadir) of that era was the Stones’ free concert at Altamont, which was marred by so much violence that the Grateful Dead, who had organized the concert, refused to perform. Having the Hell’s Angels act as security wasn’t a brilliant idea, a fact that became clear to the Stones while onstage, with Jagger stopping more than once to urge both the Angels and the crowd to calm down. It didn’t help. One fan was killed, dozens were injured, and no concert was ever allowed at Altamont again.

Meanwhile, when the band was performing, they weren’t anything special. There have been numerous acts in rock and roll history that were described as great in concert, but lousy in the studio. The Stones were the opposite. Their records were masterfully produced, the band was tight, and Mick’s voice was always front and center. But in every filmed Stones performance I’ve seen, they epitomize sloppiness — especially Jagger, who doesn’t sing the lyrics as much as shout them, exuding attitude over melody. Meanwhile, the rest of the band looks like it couldn’t care less.

Yet the fans still went wild.

In the documentary, there are many comparisons to The Beatles, whose iconography exceeds the Stones’ in almost every way. One that’s clear from the film is the art of the interview. While all four Beatles charmed the press wherever they went, offering witty responses to reporters’ questions, none of the Stones said anything even remotely interesting into a microphone or on camera. The utter lack of personality in Charlie Watts and Bill Wyman was striking, while Jagger and Richards, the group’s creative team, weren’t much better.

“Crossfire Hurricane” is part of a celebration of the Stones’ 50th anniversary, which will include a new song, a limited tour, and yet another greatest hits compilation — they’ve issued way more of those than original recordings — but no one will say that these guys haven’t had a decent new tune in three decades (“Start Me Up” was the last), so they’re no better than any other sixties nostalgia act (e.g. The Beach Boys) who only return to the spotlight in a cynical attempt to cash in yet again on their past glory.

But now with better security.