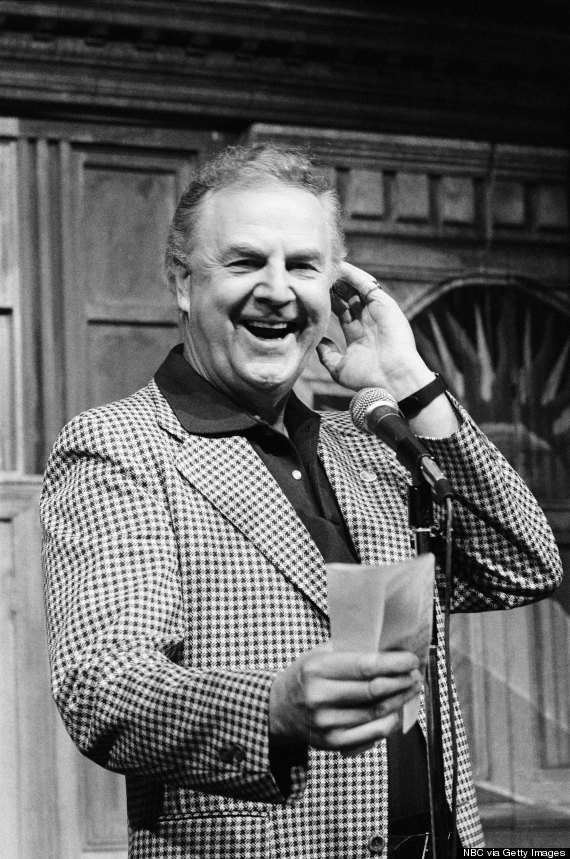 I didn’t know Don Pardo, who died yesterday at 96. I never interviewed him, either. My only connection to him is that Pardo was the announcer on the original “Jeopardy!” when my mother was a contestant on the show in 1967 (I wrote about it here). Everyone knew his name because host Art Fleming would start every show with, “Thank you, Don Pardo!”

Pardo was the only person besides Bob Hope to get a lifetime contract with a television network, NBC, where he served as a staff announcer for six decades. That job doesn’t exist any longer. There’s no one sitting in a booth all day and night waiting to read station identifications, commercials or news bulletins (I wrote about that profession here and here). Now it’s all pre-recorded.

Pardo, who voiced the opening for “Saturday Night Live” for all but one season, kept doing it after retirement, first flying in weekly from his home in Arizona to 30 Rock to do his small piece of the show (the opening, which ran 1:20, and a plug for next week’s host and musical guest, which ran :10). Then he convinced Lorne Michaels to let him record his part from home, which is how he continued as the show’s announcer through last season.

Michaels will have to find someone new to take over this fall, but he won’t be able to simply choose someone from the in-house roster at NBC, because there’s no such thing anymore. Sure, there’s plenty of voiceover talent available, but Pardo was the last in a long line of guys who were literally the voice of television.

“SNL” honored Pardo on-camera in 2008 for his 90th birthday (video here), so I’m sure the show will take a moment to remember him when it returns this fall. Perhaps they can include the time he helped host Frank Zappa perform “I’m The Slime (Oozing Out From Your TV Set)” in 1976.