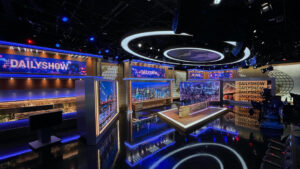 Comedy Central has announced that, following Trevor Noah’s finale tonight, “The Daily Show” will have guest hosts for the next nine months or so while producers figure out who can take over from there. Some of the names CC’s publicists mentioned this week are Sarah Silverman, Chelsea Handler, Al Franken, Leslie Jones, Hasan Minhaj, Wanda Sykes, DL Hughley, Marlon Wayans, John Leguizamo, Kal Penn, and current “Daily Show” correspondents like Jordan Klepper and Roy Wood.

The vast majority of those will not get the job permanently. I don’t say that because they won’t be good at it, but because the network will surely want someone who can be a regular presence for the next decade or so. Noah called it quits after 7 years, to the surprise of even the people he worked with every day. Comedy Central won’t want to have to do a new talent search in another few years, so the choice won’t be anyone over 60. In fact, I think the age cap will be more like 50. From the list above, that would leave Klepper and Minhaj.

In Klepper’s favor would be all the attention the show has given to him, including some specials, over the last two years. He also has a similarly snarky tone to Jon Stewart, without the smugness of the original host, Craig Kilborn. On the other hand, does the network want to hand the show back to another white guy?

If not, ex-TDS correspondent Minhaj might be a good prospect, even though his Peabody Award-winning “Patriot Act” lasted a mere forty episodes over three years. I liked that show quite a bit and was sorry to see Netflix cancel it, but several topical comedy shows have failed on streaming services because the audience doesn’t necessarily watch them right away, when the references are fresh. See the short-lived series “The Break with Michelle Wolf,” Handler’s “Chelsea,” and Silverman’s “I Love You, America.”

Of all of those, Minhaj would be the youngest and, I think, best fit.

But how about a woman at the TDS desk?

My first vote would go to Iliza Shlesinger, who crushed it when she filled in for Jimmy Kimmel on his late night show and already includes topical material in her stand-up. She’s more than ready to lead TDS in a new but not-entirely unfamiliar direction. Nikki Glaser also did an excellent job subbing for Kimmel, and her Netflix series “F-Boy Island” was just cancelled, so she’s available. Lastly, I could cast a ballot for Whitney Cummings, who not only has experience as a show runner (“2 Broke Girls”), but would add even more edge to the TDS chemistry.

Not so incidentally, CBS will be considering some of the same people as it tries to figure out a successor to James Corden on “The Late, Late Show.” Like corporate cousin Comedy Central, the hope is to find someone to steer the ship for a long time.

When “Jeopardy!” ran a year of on-air auditions following the death of Alex Trebek, the ratings stayed high as viewers stuck with the show they loved regardless of who was reading the clues. I don’t think they same will be true for “The Daily Show,” but I can predict with 100% accuracy one name that will not be in the mix: Mike Richards.