This Plane Will Crash 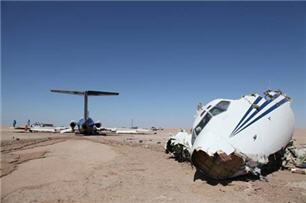 Sunday night, the Discovery Channel will air a special in which a 727 will crash into the ground. It was produced by Broken Wing, a St. Louis company started by some ex-military pilots, who’ve worked on the project for four years. Two of them (Chip Shanle and Charlie Berry) joined me in the studio to discuss the experience, from how they got permission to do it, to how they pulled it off, to the entire scenario as the cameras rolled. Chip was the one who flew the 727 via remote control while in the cockpit of a Cessna that was only about 50 feet away from the big jet, so he had a unique perspective on the outcome.
Listen, then click here to subscribe to these podcasts via iTunes!