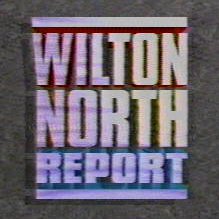 Long before “The Daily Show” and the “Colbert Report,” there was a late night show doing topical humor with correspondents and field pieces. It was on for an hour a night, five nights a week for all of 21 nights, making it the shortest-lived show in late night TV history, despite having an all-star crew of writers (including Conan O’Brien and Greg Daniels). One of them, Nell Scovell, looks back on Fox’s “The Wilton North Report” a quarter-century later and explains why neither of its two hosts was named Wilton or North.