Where Did My Fingerprints Go? 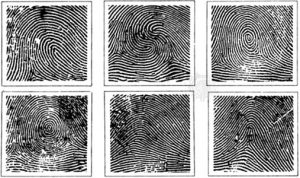 I got a notice a couple of months ago that my TSA Pre access was expiring and had to be renewed by the end of the year. It’s a great program that allows travelers who have undergone a background check to get through airport security faster, in a separate line, and without having to remove laptops from luggage or belts and shoes from their bodies. Since I travel frequently, I easily amortized the $85 cost over the last five years (seventeen bucks a year is a small price to pay for not waiting in the usually-quite-long “regular” line).

However, TSA Pre doesn’t cover international travel, either outbound or on the return, which is why it took us an hour and a half to get through Newark Airport’s customs area on our return from Europe in September (I wrote about that nightmare here). CBP has another program for that, called Global Entry, which includes TSA Pre domestically and lets you re-enter the US on international flights by stopping for about five minutes at a kiosk — all for only $15 more ($100 total for 5 years). Since we’re planning to see more of the world now that we’re both retired, Martha and I each applied.

Like TSA Pre, once you’ve filled out a form and paid online, you have to make an appointment to go to an office at the airport, answer a few questions from a CBP agent, and get fingerprinted. When I looked at the Global Entry website, it said the soonest availability in St. Louis would be at the end of March. Since I’m likely to be flying somewhere every month, that means I wouldn’t have my renewed TSA Pre privileges until April at the earliest, which made me unhappy. However, there were availabilities at CBP at Kansas City International in early December, on Monday of this week, so I grabbed them.

The strategy was to make the 3.5-hour drive across the state in time to get to our appointments at KCI in the late afternoon, have some dinner, check into a cheap airport hotel, then drive home the next morning. Which is exactly what we did, and everything went according to plan — except for my fingerprints, which seem to have disappeared. The CBP officer I dealt with patiently explained that, as we get older, our fingerprints deteriorate and can be hard for the scanner to read — particularly for people who work with their hands. Since I’ve never had a manual labor job, I scoffed at that suggestion until he asked me whether I spend a lot of time using a laptop keyboard. Apparently, that can wreak havoc on your prints as much as landscaping work.

Even on a second attempt, after the officer wiped the glass and had me use Purell on my fingertips before pushing down as hard as I could, the results weren’t clear enough. He told me he’d apply for a “fingerprint waiver” for me, which had to be cleared by a supervisor later in the week. He further explained that I was far from the only person who had this problem, which didn’t disqualify me from Global Entry, but would mean a small extra step when I used the CBP kiosk upon my return from another country.

I hope to get that approval in a few days, but won’t get to test his “small extra step” theory until my next international trip, probably late next year. In the meantime, I’ve been going around touching stuff all over the place, knowing no one can ever prove I was there because they can’t read my fingerprints!