A Pain In The Rear 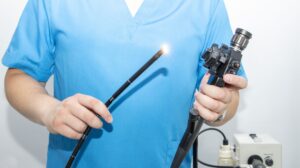 I was back in the hospital for a few hours on Monday for another colonoscopy. While I recognize the importance of the procedure to my overall health, that doesn’t mean it’s pleasant. My first such procedure occurred 15 years ago, and I wrote a piece afterwards about how easy that day was, especially compared to the previous day. That’s when you do the prep work, which is both disgusting and quite uncomfortable.

I’ve had several more colonoscopies since then — including three in one year. In the first of those, my gastroenterologist discovered a large polyp in my colon that needed to be removed, but he couldn’t do it, as he was only qualified to excise small polyps. I don’t know the reason, or why he’s even doing this procedure if he can’t complete it. If I had a cardiologist working on my heart, I wouldn’t want him to stop and sew me back up because he found something wrong in my left atrium, but he’s a ventricles-only surgeon.

So, three months later, I had to persevere through another prep day, then have the new gastro guy go in and remove that large polyp. That went just fine, but he told me that I should come back in 90 days for a follow-up. Yep, I had to suffer through yet another prep day, but the good news was everything inside me was fine, and I wouldn’t need to return for three years. However, because of COVID, I waited an additional 12 months until finally returning for another round of fun this week.

Oh, by the way, when I called the new gastro guy’s office to make an appointment, I was told he’d retired in the spring. Without telling his patients? His office has several different ways to contact me. They couldn’t have mailed or emailed a notice of his retirement? Argh! Okay, fine, I was assigned another gastro guy from the same practice.

In the four intervening years since my last colonoscopy, the only thing that’s gotten better is that the prep now starts in the evening rather than the afternoon. The heavy-duty laxatives that clear out your system are in pills (Sutab, by name), not the powder of previous years — which, when added to large amounts of Gatorade, created a slurry I can’t believe the FDA approved. This time, I had to wash down 12 pills with 48 ounces of water beginning at 6pm, then wake up at 3am to repeat the process.

As I did in my original piece, I won’t go into the details of the multiple bathroom visits that took place throughout the night, but I will say it’s a good thing we don’t pay our sewer bill on a per-flush basis. There’s no way to get any sleep when you’re rushing to the toilet every few minutes, so by the time we got to the hospital Monday morning, I’d only had 2-3 hours of rest and it had been 36 hours since my last solid food, so I was a tad grumpy.

Fortunately, the entire staff at Barnes West, from registration through recovery, remains very efficient and a pleasure to deal with. Even though I was nowhere near their first customer of the day — it’s like a factory in there — they all were upbeat, supportive, and as helpful as possible. That includes my newest gastro guy and the other professionals in the procedure room, including the anesthetist, who always provides the best sleep possible. Since I’m knocked out, I never know exactly what the experience of shoving a camera and light up someone’s rear and moving through my innards is like for them, but my guess is that “messy” is an understatement. As my wife pointed out, it’s an odd career choice.

When it was over, the doctor visited me in the recovery room to report he only had to remove one small polyp, which turned out to be benign. He also said he’d seen where the previous gastro guy had left a tattoo to mark the location of the long-gone large polyp, and there were no complications there. I was amused by the fact that the only tattoo I have is on the inside.

Then he gave me the best news of all: I won’t need to have another colonoscopy for seven years.

Gee, I hope my tattoo isn’t drooping by then.