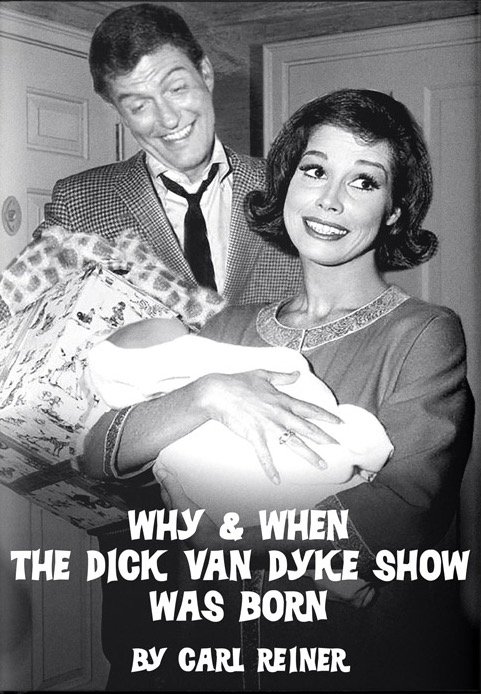 I have lost track of how many times Carl Reiner has appeared on my show, but it’s been an annual event for many years, as he keeps cranking out books about his remarkable show business life. This visit was to talk about his newest, “Why and When The Dick Van Dyke Show Was Born.”

We have discussed several aspects of that classic sitcom before, but this is the first time we’ve dedicated our entire conversation to it, and my challenge was to come up with questions I’d never asked him before. It wasn’t that hard, because I’ve seen every episode many times — and own them all in pretty much every format, from VHS to single DVDs to boxed sets — and am proud to say I turned my daughter into a “Dick Van Dyke Show” fan, too.

Here are the topics we touched on in this conversation:

I also asked about the origin of one of my favorite bits of Van Dyke’s physical comedy, from an episode called “Where Did I Come From,” in which Rob Petrie is so nervous about the impending birth of his child that he sleeps in his suit with his hat, phone, and Laura’s suitcase at the ready.