There’s No U In Team

Refreshed But Not Refreshing

The programmers who write code for really good pieces of software, or apps, or websites, must constantly improve their products once they become popular. That includes updates to work out bugs, or for security reasons, or in response to feedback from the public. Unfortunately, all too often, those programmers think their product needs a completely […]

[a followup to yesterday’s column] I have always loved newspapers, and still receive the print edition of the New York Times at home.  It remains a great paper, with plenty of compelling content to page through each day, and I appreciate the effort of all the people whose efforts get it to me.  I’m not […] 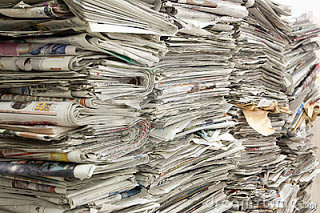 There’s been quite a bit of dismay and hand-wringing in the media world since the daily newspaper in New Orleans, the Times-Picayune, announced it was cutting its print edition to only three days a week. The bottom line is, like many other newspapers, they no longer have enough readers to allow them to charge advertisers the […]

Once again, a professional sports franchise is holding our city hostage, and we should call their bluff. The St. Louis Rams have a clause in their lease with the city that states that The Dome must be among the top tier of NFL venues, and if it’s not, the team can pack its bags, break […]