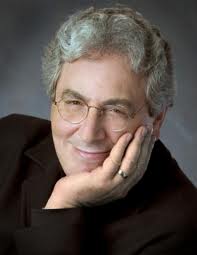 Harold Ramis — who wrote, directed, or acted in some of the funniest movies ever (“Animal House,” “Ghostbusters,” “Stripes,” “Groundhog Day”) — died today at age 69.

So I dug into my archives to find an interview I did with him about his then-new movie, “The Ice Harvest,” starring John Cusack and Billy Bob Thornton. It was not an out and comedy like his earlier work, but fit more in the dark comedy mold of “Fargo” and “Blood Simple,” with solid work from John Cusack and Billy Bob Thornton, plus wonderful comic relief from the always-entertaining Oliver Platt.

I talked with Ramis about how he directs, how he wanted Platt to play his drunk role, and how they shot a scene in which one character ends up in a frozen lake. I also asked him whether he cares about how much money a movie makes, what’s different since he directed his first movie (“Caddyshack” in 1980), why “Caddyshack 2” was such an embarassment, and whether he’d ever agree to do “Ghostbusters 3.”