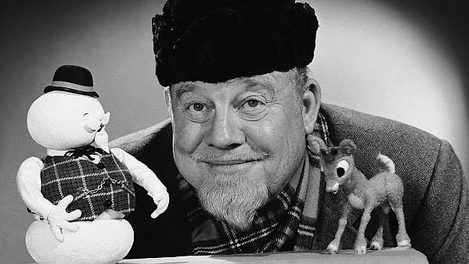 I was on my way home from the gym where, as I worked out, I had listened to a podcast of Kevin Pollak talking with Jennifer Tilly. I intended to listen to more when I got in the car, but when I turned the key, the radio came on, blaring Burl Ives singing “A Holly Jolly Christmas.” My hand darted to the off button as fast as humanly possible, and instead of resuming the podcast, I drove in silence for a few minutes.

During that downtime, I starting thinking about the fact that the only time you hear the word “jolly” is at this time of year, in that song. You never ask a friend how they’re doing and have them respond, “Jolly!”

Then I thought of the times we’ve vacationed in Ogunquit, Maine, where there are several trolleys (not on tracks, they’re more like open-air buses) that carry tourists around town. The vehicles are named Molly, Polly, Dolly, Lolly, Wally, and yes, Jolly.

Then I remembered a bad day 25 years ago when I had a kidney stone — the most painful thing I’ve ever experienced. After a couple of hours of writhing in pain at home, my wife insisted that she take me to the emergency room. After I went through the initial triage by a nurse, a doctor came in and introduced himself, but I was in so much agony, I didn’t catch his name. I just nodded and said, “Help!”

The doctor instructed the nurses to pump several liters of saline solution through my veins until the pressure pushed the stone out of my urethra. Meanwhile, he ordered a morphine drip, which would make me feel better right away (it did). It came with a button that allowed me to self-administer the medication if and when the pain returned.

After a half-hour or so, I felt the morphine wear off and the deep twinge inside me returning. Desperate to avoid the discomfort, I hit that button, then hit it again and again. The doctor happened to be watching me and asked, “Do you think we’re idiots?” I replied, “What are you talking about?” He explained, “That button gives you one dose when you need it, but then it has a timer so you can’t give yourself another one for awhile. That’s to keep you from overdosing or, worse yet, developing a dependence on the morphine. You’re here to get rid of the kidney stone, not to become a drug addict.”

As he talked, the morphine kicked in and I felt better again. That’s when I asked the doctor to repeat his name, and he did: Til Jolly. I don’t know if it was the medicine or the natural way the comedy center of my brain works, but I thought his name sounded like part of a prescription: “Take two doses of morphine three times a day ’til jolly.”

If only the nurse’s name had been Holly.