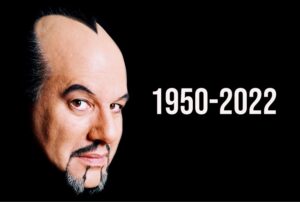 I’m so sorry to hear of the death of legendary magician/mentalist Max Maven, who died yesterday at 71. Doctors had discovered a tumor on his brain in the summer of 2021, and the news never got better over the last 16 months.

I had the pleasure of seeing Max perform several times and he never disappointed. I even got to introduce him to a large crowd at the Midwest Magic Jubilee here in St. Louis many years ago, where he received quite an ovation both before and after his act. Audiences always paid rapt attention to everything Max did and said onstage. The precision of his word choices made the illusions even better, and I was happy to see Max not making any claims he was using paranormal abilities to read minds or pull off his routines.

Of the many fond memories I have of attending The James Randi Educational Foundation’s annual Amazing Meeting, near the top would be the day I had a very long lunch with Max and my friend Jamy Ian Swiss. I barely said a word as the two brilliant performers and magic historians shared stories and discussed new developments in the art they practiced so well.

Whether you were a fan of Max or never heard of him, do yourself a favor and watch this conversation he had 2 years ago with my friend Mark Evanier. That will give you just an inkling of why so many people had so much respect for Max Maven.