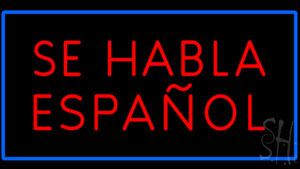 Though my wife and I aren’t fluent in Spanish, we knew enough to be able to handle basic communications during our recent trip to Spain. While we couldn’t have complete conversations, we managed to get through with what I call Restaurant Spanish. That means we were able to navigate, read signs, and order foods we like with only a few problems.

For four years in junior high and high school, I studied Latin. While not something I could use with my peer group in the cafeteria, that education gave me an understanding of how languages work, the roots of many words, and the concepts of conjugation and declension. I found it very useful when I moved on the following year to learn Spanish.

This was a class designed for beginners, in which we learned common phrases like “Dónde está la biblioteca?” (where is the library), “Cuántas albóndigas tienes?” (how many meatballs do you have), and “Quién puso las albondigas en la biblioteca?” (who put the meatballs in the library). I did very well in the class, mostly because I wanted to impress our teacher, Mrs. Barone, who I had a teenage boy crush on.

After that year, my parents took me on vacation to Mexico. One of my cousins had been married for several years to a Mexican man, and this was the first time we’d visit their home. They threw a party so their friends in Mexico City could meet us, and vice versa. They were all bilingual, so my meager translating skills weren’t called upon, but as the evening wore on and the alcohol consumption increased, there was a lot less English spoken. That’s when I learned the valuable lesson that speaking a second language in the classroom was not the same as in a social circumstance, where the conversation came faster and was full of idioms I’d never learned.

After a couple of days, we moved on to other parts of Mexico, including the beautiful city of Cuernavaca and the small town of Pátzcuaro. This was long before consumer GPS technology and smart phones, so I did a lot of paper map reading and more than a few times had to ask for directions. That experience taught me another important lesson: even if you can ask a question perfectly in another language, it doesn’t mean you’ll comprehend the response. I repeatedly had to say, “Mucho más lentamente, por favor” (much more slowly, please), and we managed to get where we wanted to go.

Since then, I’ve learned a little more Spanish vocabulary, and Martha’s gotten better at it, too. There were a few times we had to use the Translate app on our iPhones to get the correct words, but we were able to get around in Barcelona and Madrid — even using public transportation — without any embarrassing incidents.

And not once did we have to ask why anyone would put meatballs in a library.

For more stories from our vacation in Spain (and Portugal), click here.