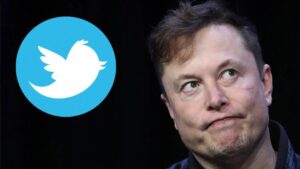 As a longtime user of the service, it’s strange watching Elon Musk engineer the not-so-slow-motion death of Twitter. The list of missteps he’s made since taking ownership is long, but Oliver Darcy sums up the overriding problems tonight in his Reliable Sources newsletter:

The loss of the senior executives, especially [Trust and Safety head Yoel] Roth and [advertising chief Robin] Wheeler, will make it extraordinarily difficult to lure already skeptical advertisers back to the social media site. And with Musk effectively nuking verification on Twitter, giving way to an explosion of trolls and others creating imposter accounts, it’s hard to see why advertisers would put their money (and faith) into Twitter.

And given that Twitter heavily relies on advertising revenue, the developments spell exceptionally troubling news for the already-imperiled company.

Maybe Twitter will find a path forward. But the road ahead looks quite arduous. As the non-profit watchdog Accountable Tech put it Thursday evening: “This hellscape is going to get more hellish. More hate speech and harassment. More deception and impersonation. More privacy and security risks for all of us. We would once again tell advertisers to jump ship, but at this point, no CMO in their right mind needs that advice.”

Now that Musk has decided that “verified” accounts, which get a blue check, will go to anyone willing to pay $8/month, the site has been bombarded with bad actors who want to spew nonsense and hate. Meanwhile, longtime users who have lambasted Musk on Twitter are finding their accounts suspended. Worse, there are myriad imposter accounts, like the one for Eli Lilly, which tweeted earlier today that insulin is now free — a claim that plenty of people thought was real. After all it had the blue “verified” check next to the user name.

The irony is that a fairly large number of regular Twitter users — including me — would probably have paid $2-3/month for the service. Not for Musk’s version nor for the blue check mark, but to maintain a place in the global town square that Twitter was before he dragged it down so far. Instead, the billionaire is using it as his personal platform for retweeting a conspiracy theory after the Paul Pelosi attack (which he later deleted but never apologized for) and throwing every idea he comes up with off the top of his head at the wall to see what sticks. But the stench is apparent to everyone, and I’m not alone in wondering why he sank the full $44 billion into an enterprise he had no idea how to run when he could have just paid a $1 billion penalty and walked away.

Considering the path Musk has put Twitter on, with advertisers leaving in droves and users desperately looking for replacement platforms, the whole thing may be in bankruptcy before Thanksgiving. And that would truly be a shame.

Meanwhile, Musk tweeted yesterday: “Usage of Twitter continues to rise. One thing is for sure: it isn’t boring!” In a related story, hundreds of people rubbernecked at a three-car accident on the highway, large crowds gathered to watch a skyscraper being demolished, and millions showed up to see a billionaire start a bonfire with $44 billion in cash.